Making A Difference, One Box At A Time

Blog -> Making A Difference, One Box At A Time 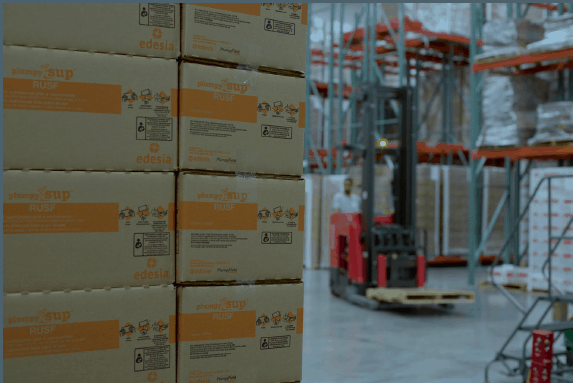 EDESIA IS PROVIDING AID TO MALNOURISHED CHILDREN AROUND THE WORLD AND KEY CONTAINER IS PROVIDING THE METHOD OF TRANSPORT.

Thirty four million children have moderate acute malnutrition and 159 million are chronically undernourished. Those are sobering numbers that reflect the state of many third world countries. A non-profit organization in New England is committed to reducing those numbers, and Key Container Corp., a Rhode Island independent corrugated manufacturer, is playing an important role.

Edesia manufactures specialized ready-to-use foods (RUFs), such as Plumpy’Nut and Plumpy’Sup that can quickly reverse severe malnourishment. An RUF is a fortified, nutrient dense, high-energy food that can be eaten directly from the package and does not require refrigeration, cooking or the addition of water. It is often in paste form and packed in plastic pouches about the size of a candy bar.

The packets are shipped from Edesia’s Rhode Island factory to humanitarian aid workers around the world to feed malnourished children. They work in the hardest-to-reach and most inhospitable places on the planet.

Key Container began supplying the boxes to Edesia last year. “We have tried for years to be part of their supply chain because we liked their story and naturally their corrugated usage,” says David Strauss, President of Key Container.

The challenge was developing a shipping container that could withstand the rigors of shipment. “When the boxes leave the plant here in Rhode Island, it could take six months before they get to their destination,” says Ron Faria, Key Container Sales Manager. “Edesia was concerned about crushing, humidity, and handling. They could be handled three, four or five times.” Adds Strauss, “They could be transported by boat, plane and even horse and buggy.”

The final solution was a 450# BC doublewall RSC that has perfs along the top and bottom flaps, giving the box some flexibility as it goes through the box erector.

The design went through several modifications. Key Container added a water resistant additive to the corrugating starch, adjusted some score pressure, rounded the top flaps so they didn’t snag the inside plastic bag, and switched the outside liner to give the box a more environmentally friendly look.

Initially, Key Container was printing on a clay white liner, which tended to flake when it was erected. “That’s just the nature of the substrate,” Strauss says. “It was flaking on the perf so we designed it without a perf and the flaking went away, but it was still hard to fold. So we put some of the perf back and then it started cracking on the perf because it’s five layers of really strong paper.”

Faria suggested flipping the sheet over and printing on the kraft side, however, Edesia wasn’t confident the printing would look as good on brown. After a test run, he says Edesia’s plant manager was pleasantly surprised. “He was stunned as to what it looked like. It was perfect. He brought the samples back and got the brown approved.”

Key Container supplies one size RSC with five different graphic designs. The two- and three-color boxes are printed and diecut on a Latitude three-color 50-inch flexo folder-gluer with diecut section and Automatän robotic prefeeder and stacker. The flexo was purchased about a year and a half ago and is located at Key Container’s sheet plant in East Providence, R.I. “It’s one of our better pieces of equipment. Once it’s set up it runs pretty flawlessly,” Strauss says. 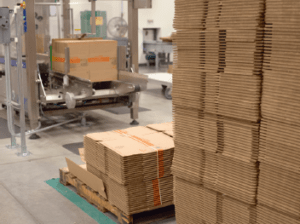 A second new Latitude flexo will be installed by the end of the year. The sheets are corrugated at Key Container’s Pawtucket, R.I. facility, on a 98-inch corrugator that has an MHI wet end and an Agnati dry end. A water resistant starch additive from Ingredion is applied for vapor resistance.

THE RSCS ARE ERECTED AND FILLED AT EDESIA’S RHODE ISLAND FACTORY.

Strauss says working with Edesia fits Key Container’s goal to be a good corporate citizen. “We have only been doing business with Edesia for less than one year but consider them and their work extremely important. It allows us to feel good to be a small part of helping such a worthy but unfortunate cause.” 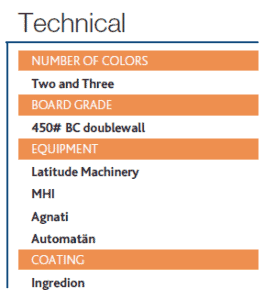